We have been instrumental in providing boroughs with new powers to tackle nuisance behaviours relating to local environmental quality. 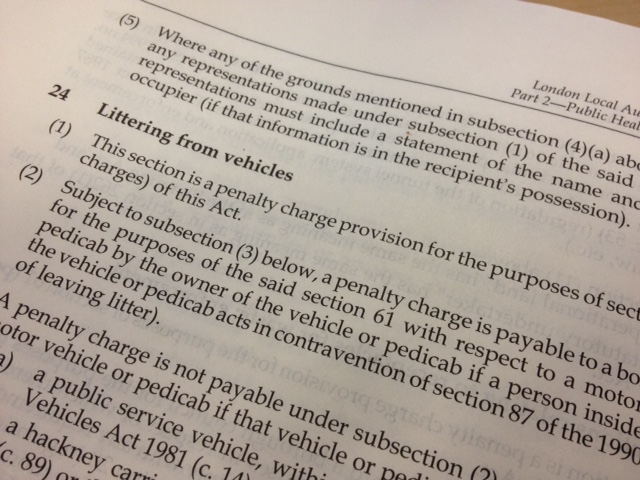 The London Local Authorities and Transport for London Act 2013 was a joint act between boroughs and TfL. It contains a series of provisions including:

Code of Practice relating to attaching street signs and street lamps to building.

Information about penalty levels for builders skips enforcement can be found here.

Best practice on tackling damage to highways can be found here.

The London Local Authorities Act 2012 received royal assent on 27 May 2012.  This Act confers a range of powers upon local authorities in London, including:

More detailed information on this Act can be found in our Rough Guide to the London Local Authorities Act 2007. We refreshed the content in June 2015 to bring it up to date.

We produced two codes of practice following the Act:

The 2007 Act introduced a decriminalised enforcement regime in London for littering from vehicles and offences relating to waste receptacles.