Promoting London in the interests of all its people, places and businesses as a global city and powerhouse of the economy

The APPG for London is a forum for MPs and Peers to work together on a cross-party basis to strengthen the capital's voice in Parliament. The group’s purpose is to promote the capital in the interests of all Londoners.

London Councils provides the secretariat to the group on behalf of London government including the Mayor of London and the London Assembly. The group is listed on the APPG Register.

The APPG's themes for the year are:

APPG meetings are open to representatives of organisations interested in and affected by the issues being discussed. If you wish to attend, please contact the APPG secretariat team.

Future meeting details will be shared here in due course.

In its first-ever virtual meeting, the APPG considered the impact of Covid-19 on London boroughs' finances.

Watch a recording of this event.

Following discussion of the priority issues facing London, the APPG's themes for the year were chosen.

Parliamentarians met to reconsitute the APPG.

The 2019 AGM saw the re-election of the officers and the successful re-registeration of the group with the parliamentary authorities.

With London set to host Fast-Track Cities 2019 (the first international gathering of cities accelerating their responses to HIV) in September, this APPG for London meeting was a timely opportunity to consider the capital's HIV challenge and the policies needed to help end HIV altogether.

This meeting focused on the implications of leaving the EU for businesses in the capital. Guest speakers from three key business sectors shared their perspectives.

Get updates from us

Officers of the APPG for London

The APPG responded to the Government’s civil society strategy consultation.

A radical overhaul of the skills system across the UK is needed if businesses are to avoid the negative effects of Brexit. Organisations in the capital are facing significant challenges as they seek to recruit employees with the right skills to do the job.

Read the report from the All Party Parliamentary Group for London

View the extended web content to accompany the report 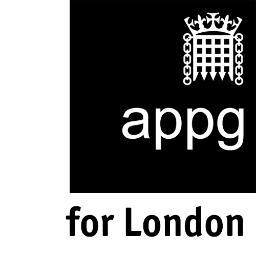