Protecting our care homes has been key: Cllr Butt

As the covid-19 pandemic spread rapidly across the UK in March 2020, we knew that personal protective equipment (PPE) was going to play a big role in containing the virus.

At that stage, guidance from the government around PPE wasn’t as comprehensive as it is now, but it was clear to us that it had a key part to play in controlling the infection, and we took the decision to order gloves and aprons for all care providers in Brent on March 20, and ensured they were distributed by the end of March - on the 27th to be exact.

Initially, we had 1.6million pairs of gloves and 600,000 aprons that we gave out to 150 care providers, that employ around 4,500 care workers in Brent, and we have been supplying regular stocks of PPE - which also includes facemasks, visors and hand sanitiser - to our carers on a weekly basis since.

To have managed to get such a large quantity of PPE, which had become in incredibly high demand across the world, was a huge achievement.

Many of our care providers found that their usual PPE suppliers were running out-of-stock, prices were increasing and they were unable to process smaller orders. As the local authority, however, Brent was able to support them by ordering large quantities and by paying in advance, rather than on receipt of the PPE. We were able to place the large order needed and ship it out ourselves locally to our care providers.

We were also able to work with neighbouring councils who are part of the West London Alliance (WLA) and they all took the same approach. Taking this approach further, the WLA is now buying PPE on behalf of all London Councils.

Of course, we know that having PPE is one thing, but it is only effective when worn correctly, and so to ensure this was the case, we have also been providing training through online platforms, on the correct way to put on PPE, and the correct way to remove and dispose of it after use.

We successfully ensured close working between health and social care when it was needed most, with additional GP support to care homes through our existing Enhanced Care in Care Homes programme and support through a NW London clinical nursing support team to advise on infection control, shielding residents and nursing requirements.

We are speaking to care providers on a daily basis to offer whatever support we can, from giving them PPE, to providing training and help with testing.

We also ensured a protective ring was in place around our care homes, by creating a new 11-bed step down unit for those who were recovering from Covid-19 but who were still testing positive, so that they weren’t discharged straight from the hospital back into a care home, or to their own home, where the virus could spread further or put vulnerable family members at risk. 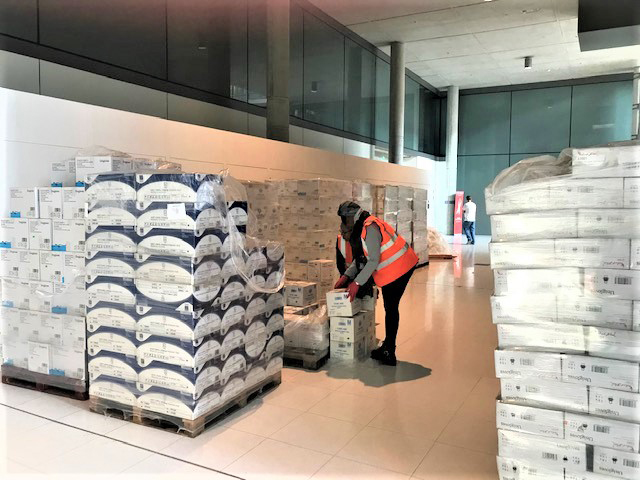 The feedback from care providers has been really positive in that they appreciate what the council has been doing to support them at this time and there’s a sense that council’s relationship with providers has improved.

It was quite a bold move to commit to buying such a large quantity of PPE before the pandemic and lockdown really hit home, but it was also 100 per cent the right decision.

As well improving our relationship with care providers, it was a decision that crucially meant our carers could continue their invaluable work, without compromising their own safety or that of those vulnerable people that they help every day.

Recent figures have also shown that although Brent as a borough, for many different reasons has a comparatively higher death rate from covid-19 than other boroughs, deaths in care settings in Brent are comparatively lower.

It’s too early to say for sure the extent of which this might be down to our early action taken on PPE, but what we do know is that having PPE and using it correctly helps to control the spread of the infection.

Using PPE also helps to provide assurance to vulnerable residents who are receiving care that Brent’s carers are doing everything they can to keep them safe, and Brent’s carers can also be assured that the council will keep supporting them in whatever way necessary, for as long as necessary, as we get through this pandemic together.