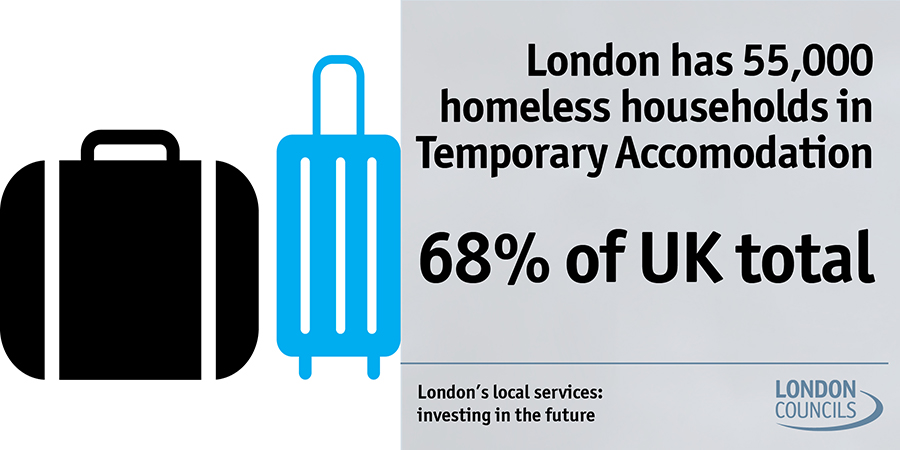 The existence of a housing crisis in England has been widely accepted for some time. Nowhere is this crisis more acute than in London, with its combination of rapid population growth and churn, high levels of deprivation, and significant constraints on providing additional accommodation.

The underfunding of homelessness and Temporary Accommodation creates a cost shunt to the general fund of over £170 million a year.