Support for the arts and culture sector during Covid-19

Read about the support availble for London's arts and culture sector during Covid-19.

Initial support for the culture sector
The arts and culture sector could access some of the generic support measures announced by the government at the beginning of the first lockdown period, including the Job Retention Scheme, the self-employment income support scheme and business rates holidays. However, concerns were raised at the time about businesses and people falling through the gaps in this support, for example artists working in shared studios who didn’t benefit from business rates holidays.
An initial £160 million emergency response package was provided by Arts Council England (ACE). £90 million of this was for ACE’s National Portfolio Organisations (NPOs), with £50 million available for organisations not in receipt of regular funding from the Arts Council and £20 million available to individuals. 33 per cent of the total amount of funding for non-NPO awards went to organisations or individuals in London. Additional support was also made available for the sector in London, including:
Culture Recovery Fund
On 5 July 2020, the government announced a £1.57 billion rescue package for the UK’s arts, culture and heritage industries. The measures included:
You can find out more on the Arts Council England website here.
London’s share – Rounds 1 and 2 for grants under £1 million 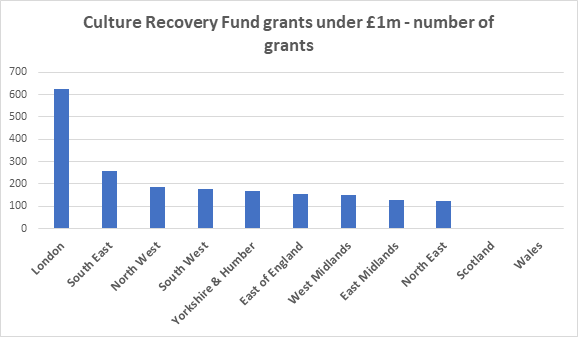 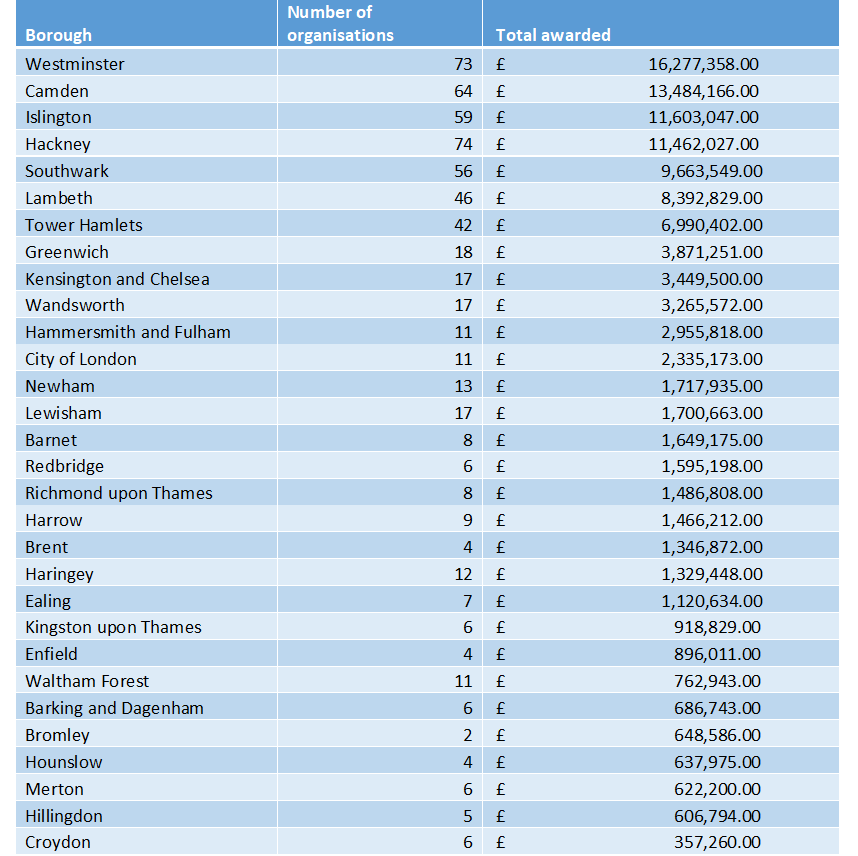 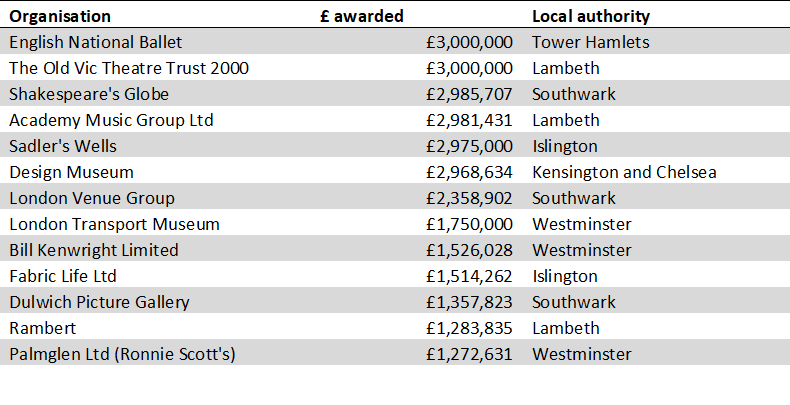