While the shortfall for mainstream school places across London has reduced, demand for places for pupils with Special Educational Needs and Disabilities (SEND) is increasing exponentially. The number of pupils with Statements or Education, Health and Care Plans (EHCPs), requiring specialist provision to meet their needs, has risen by 22 per cent since 2010 in London, and the complexity of these needs is increasing. The graph below depicts the increase in demand for Special Educational Needs and Disabilities (SEND).

This is putting considerable strain on the education system, as creating school places for children with SEND costs an average £69,055 per place, which is around three times as much as a mainstream school place. Now that demand for new primary mainstream schools is diminishing, the Free Schools Programme should focus on ensuring that new special schools are created to meet SEND demand.

However, a recent London Councils’ survey has revealed that 23 out of 28 London boroughs are collectively overspending on their high needs revenue allocation from central government by £94 million – equivalent to a 13.6 per cent funding gap – and are overspending on transport for children with SEND by on average £1 million per borough. Clearly, SEND provision needs both greater revenue and capital investment by government to put it on a sustainable footing. Investing capital funding in supporting the creation of further specialist provision locally through special free schools would reduce the amount boroughs spend on expensive independent and out-of-borough placements, helping to ease some of the pressure on the SEND revenue budget. Since the 2016 edition of Do The Maths, the government has made greater effort to support boroughs to meet SEND demand. Every borough received an allocation from the Department for Education’s (DfE) £215 million SEND capital funding budget, and 5 London boroughs were successful in the DfE’s recent round of applications for special free schools.

These are steps in the right direction, but SEND demand shows no signs of abating and London local authorities are still overspending significantly on their high needs budgets. London Councils urges the government to commit to providing capital funding consistently to fully meet the costs of creating this provision, and to hold a further round of applications for special free schools in order to support all authorities across London to ensure that demand for SEND is met within their boroughs.

Many boroughs have experienced issues with schools refusing to admit or keep children with SEND at their schools, despite there being a legal requirement to do so. 19 out of 24 London boroughs who responded to a London Councils survey had experienced academies resisting or refusing to admit a child with SEND (figure 11). 14 boroughs reported that they had come across this situation on more than 4 occasions. Furthermore, 13 out of 23 boroughs had come across academies off-rolling pupils with SEND inappropriately, about half of which have experienced this more than 4 times. The fact that these practices are common across a range of boroughs suggests that action needs to be taken to enforce inclusive practice more consistently. 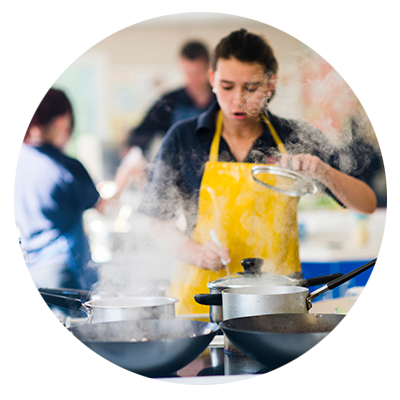 Discover more about the significant pressures on further education