The Coronavirus (COVID-19) alert level in London is high. Get guidance and support

A new campaign has been launched by London Councils and London Trading Standards in partnership with public health professionals across the capital to stamp out illegal tobacco.

Awareness-raising roadshows will visit locations across London in July as part of the campaign to highlight the harm caused by the sale of illegal or cheap tobacco.

The campaign aims to improve the public’s understanding of the different types of illegal tobacco and the consequences of supporting the trade. Dogs will also be present at the roadshows to help start conversations with residents, during which they will be told how to identify illegal tobacco and where to report concerns.

It is estimated that criminal networks are making over £100 million a year from the trade in London, with a third of London smokers saying they were offered illegal tobacco in the last year. 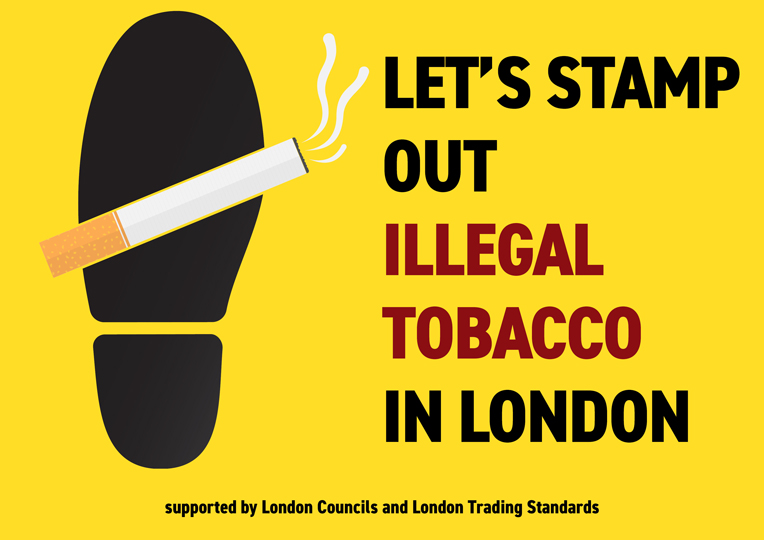 The products are unregulated, untaxed and often sold under-the-counter, which means they are available at ‘pocket money prices’, making it easier for children  to buy them and to start smoking from a young age.

“Illegal tobacco creates a lot of problems in London, such as encouraging young people to get hooked on cigarettes and undermining people’s efforts to give up smoking.

“London Boroughs are already playing their part in stamping out the sale and distribution of these products, but this co-ordinated campaign will improve resident’s awareness of the consequences of supporting this trade, and help them recognise and report illegal tobacco when they encounter it.

“With Londoners on our side, we will be one step closer to bringing this industry to its knees.”

“Trading Standards Officers across London are at the forefront of the battle to crack down on illegal tobacco.  We work hard to advise businesses of their responsibilities but take robust action to identify those criminals who flout the law and bring them before the Courts.  It is important for this work to be targeted to protect the health and well-being of Londoners and we hope that the roadshows will encourage more intelligence to be gathered.”

If Londoners see any tobacco products that match the description above or have information which may be useful, they are advised to call the Citizens Advice Consumer Helpline on 03454 04 05 06 or report it online at www.londontradingstandards.org.uk/report-consumer-crime.

Illegal tobacco roadshows will take place in the following locations during the campaign: