The future of London's roads

London’s local councils have a key role to play in managing London's roads.

London’s local councils are responsible for 95 per cent of the capital’s roads and are therefore key to ensuring that the road network is fit-for-purpose now and in the future. 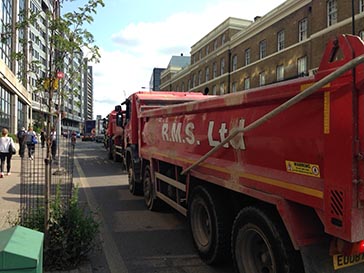 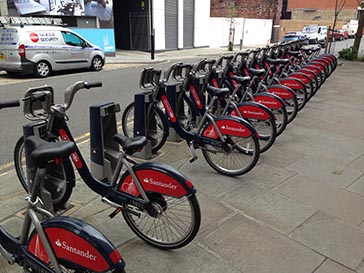 Congestion on London's roads is a growing problem. Following a periood of stability, London's roads have been getting steadily busier and more congested for at least the last two years. Congestion can have negative effects on the economy, public health and the environment amonsgt others. London Councils recently submitted a response to the London Assembly Transport Committee's call for evidence into road traffic congestion.

London Councils also submitted evidence to the parliamentary Transport Select Committee's inquiry into Urban Congestion. The report analysed a number of traffic management measures and their benefits based on the experience of London. We also highlighted the role a number of different forms of transport could have in reducing congestion, and also highlighting the chaging make-up of the UK's roads and how local authorities will need to reflect this when tackling this issue.

We have responded to the London Assembly Transport Committee investigation on future transport in 2017. This includes a look at ‘mobility as a service’, regulatory powers, horizon scanning, adoption of new technology, autonomous vehicles, dockless bicycles, droids and drones. Our response can be read in full here.

London Councils and Transport for London submitted a joint response to the Government's proposal to establish a Major Road Network (MRN) as part of the Transport Investment Strategy. The MRN proposals aim to improve the strategic coordination, planning and investment of the UK's 'middle-tier' roads including the busiest and most economically important 'A' roads. In the response we called for a greater recognition of London's urban context and the different priorities this brings to road network management. You can read the full response here.

This is London’s fourth annual report on the state of its highway assets, including roads, footways, cycle routes, street lighting, bridges, tunnels, drainage and trees. It provides key information on asset numbers, condition and funding – and the growing £1 billion maintenance backlog.

The London Technical Advisers Group (LoTAG), which maintains a technical network for local government professionals in the highway and transport fields, has commissioned a ‘State of the City Report’, for the past four years.

The aim of the fourth annual report on London’s highways is to build up a picture of highway asset management practice in London to help LoTAG, London Councils and other stakeholders understand strategically where London is moving forward with asset management and where the benefit of asset management is not being fully realised. You can read the summary report here.