“The capital has the highest rates of HIV in England, making up half of all new diagnoses. Given these worrying statistics, we are deeply concerned by NHS England’s announcement not to fund, or even to proceed with a long-anticipated consultation over the future use of PrEP. 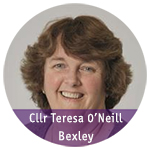 “Prevention is the cornerstone of the NHS Five Year Forward View and so it is counter-intuitive to drop plans for a new preventative treatment. This could have serious consequences and we will continue to call for more action to protect London’s at-risk population.”

Press release with notes to editors