Throughout 2019 and early 2020, local authorities across the UK adopted climate emergency declarations, including 28 of the 32 London boroughs and the City of London. In the wake of these declarations, councils have been preparing Climate Actions Plans (CAPs) to meet their net zero targets.

London boroughs have adopted a variety of targets in respect of reducing council-generated emissions, though the majority have adopted a target of net zero emissions by 2030, which the Mayor of London has also now adopted.

The map below shows London boroughs' targets for carbon emissions reductions from their own estate and operations: 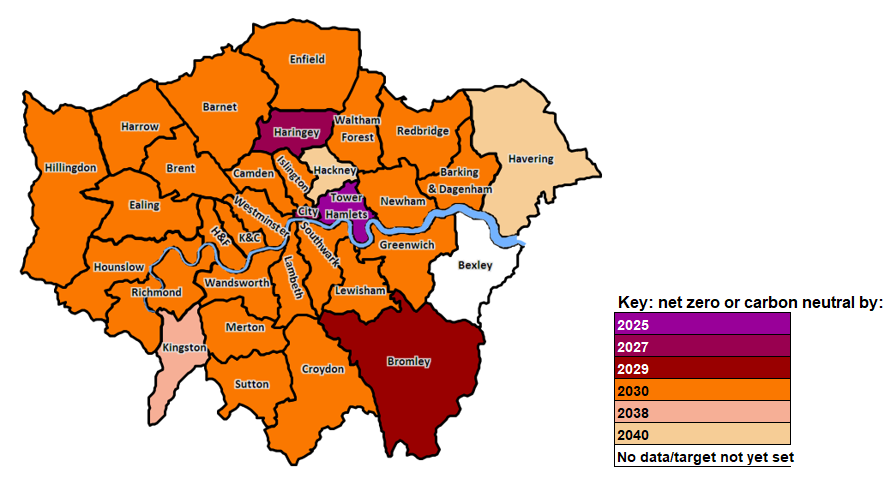 Many boroughs have also adopted borough-wide targets for reaching net zero, which you can see here: 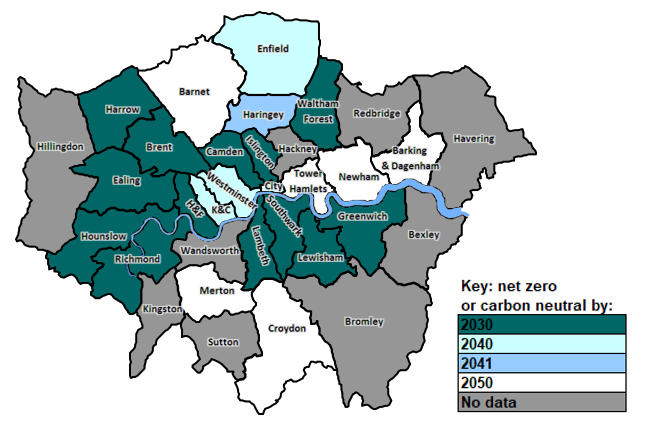