Parents across the capital believe that a joint effort from headteachers, governors, central government and London boroughs is essential to keeping standards high at London schools. Read the exclusive YouGov poll we commissioned to survey London parents.

The poll revealed that the majority of parents believe that headteachers, governors, London boroughs and central government all have an important role.

In particular four in five London parents (79 per cent) think their local council plays an important role in ensuring high education standards in schools. This figure which has increased from 74 per cent in 2015. 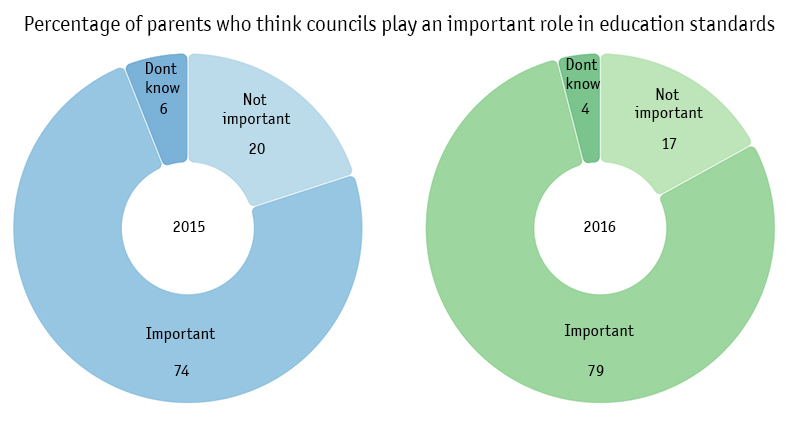 “Understandably, the vast majority of parents see headteachers as being the most important players in ensuring the quality of education remains high. But a large proportion of mums and dads in London also see the government, boroughs and governors as having a vital role.

“In particular it is positive that 79 per cent of parents surveyed believe that London boroughs help to drive up standards in local schools. This number has risen by 5 per cent since last year’s poll.

“This suggests that parents across the capital believe that the success of the London model of education is linked to headteachers, boroughs, central government and school governors working together to ensure children gain the skills to excel in adult life. This model has delivered enormous improvements in London’s schools over the last 20 years.

“The challenge for everyone with a stake in London’s education system is to drive further improvements. This is vitally important given the competitive London jobs market, which demands more and more from school leavers. This will involve working together to mitigate the impact of expected reductions to school budgets in London as a result of the new National Funding Formula.”