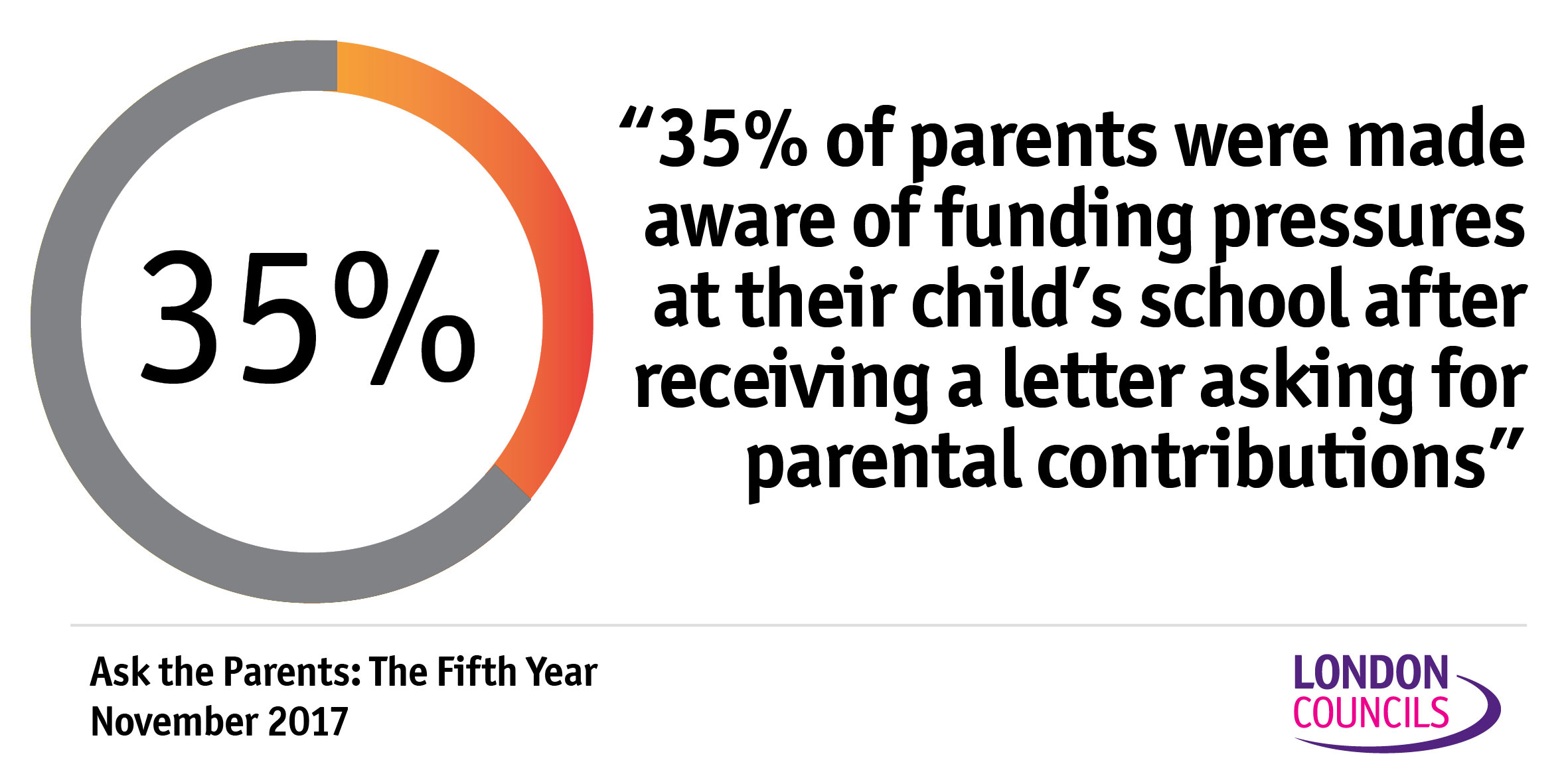 The research highlighted that school funding pressures are now widely recognised, with 80 per cent of parents saying that they are aware of funding pressures at their child’s school. There is also evidence to show that parents have been specifically contacted about this by the school, with 38 per cent of parents being made aware of pressures by a letter from the school, and 35 per cent by having been approached for parental contributions.

The negative impact of these pressures is clear from the research. Only 1 in 4 parents (27 per cent) feel that the current level of funding and resources their child’s school receives is sufficient for what it needs to operate effectively; and the number of parents saying that funding is ‘not at all sufficient’ has doubled over the past year, from 5 per cent to 10 per cent. The most common impacts that parents are aware of are: parents paying for activities more than previously (35 per cent of all parents); reductions in the number of school support staff (29 per cent) and reduction or removal of extra-curricular activities (26 per cent).

The research suggests that parents do not think the situation is likely to improve. Almost two thirds (63 per cent) of parents believe that their child’s school is facing upcoming funding pressures, with only 15 per cent saying this is not the case. The large majority of parents (84 per cent) think that reducing their child’s school budget would have a negative impact on the quality of education the school provides.