A London-wide campaign to tackle the scourge of cheap and illegal tobacco, led by London boroughs, is returning to the capital this summer.

The campaign, supported by London Councils, London Trading Standards, Public Health England London and London Association of Directors of Public Health aims to highlight the dangers of the illegal tobacco trade and encourage members of the public to report premises and individuals that sell it.

As part of the campaign, roadshows involving sniffer dogs, Public Health and Trading Standards officers, the Fire Brigade and other partners will visit locations across London throughout July, providing information to the public about the different types of illegal tobacco and the importance of stamping out the trade.

Last year over 21,000 illegal tobacco products were seized in a series of raids across 11 London boroughs, as a result of the intelligence gathered from the roadshows. This year 23 London boroughs are participating in the campaign.

Criminal networks are estimated to be making over £100 million a year from the illegal tobacco trade in London, bringing crime into local communities and undermining efforts to support smokers to quit.

Illegal tobacco products are unregulated, untaxed and often sold under-the-counter, or as  ‘singles’, which means they are available at lower prices, making it easier for children to buy them and to start smoking from a young age.

“The threat of illegal tobacco should not be underestimated as it exposes young people to the dangers of smoking and undermines people’s efforts to improve their health by giving up smoking.

“London boroughs are continuing the fight against the sale and distribution of illegal tobacco products thanks to this campaign, and we hope to build on successes of last year’s campaign by improving awareness of the consequences of supporting this trade, and helping people to recognise and report illegal tobacco when they encounter it.

“Together we can build a healthier, safer city for our communities and stamp out illegal tobacco.”

"London Trading Standards takes illegal tobacco very seriously and have been working hard to reduce supply and demand. We share intelligence on local dealers and come down hard on criminals who break the law. Roadshows have proven to be an effective way to gather intelligence from the public and it appears more and more people over the past few years have decided enough is enough and are providing information to stop local criminals selling and distributing illegal tobacco."

“All tobacco is harmful but illegal tobacco makes it easier for young people to start smoking and harder for adults to quit. The sellers of illegal tobacco do not care who they are selling to, which undermines efforts to improve the health of Londoners. The illegal tobacco trade is controlled by criminal gangs who also deal in drugs, people trafficking and prostitution; further entrenching inequality and deprivation in our local communities. Public Health England is working to reduce health inequalities, as well as partnering law enforcement and trading standards agencies to tackle the illegal tobacco trade. Anyone who wants to quit smoking can find support via either through their local stop smoking services or the Smokefree NHS website.”

“Smoking is a deadly habit that remains one of the biggest causes of preventable early deaths in the capital. The impact of cheap illegal tobacco on young people is a concern, particularly in deprived parts of London, as its cheapness makes it easier to begin this habit and exposes them to its dangers from an early age.

“We want to play our role in raising awareness and reducing the availability of illegal tobacco, creating a healthier environment for Londoners.”

If Londoners see any tobacco products that match the description above or have information which may be useful, they are advised to call the Citizens Advice Consumer Helpline on 03454 04 05 06 or report it online at www.londontradingstandards.org.uk/report-consumer-crime. Londoners can also access information and telephone support through the London stop smoking portal at: https://london.stopsmokingportal.com/ 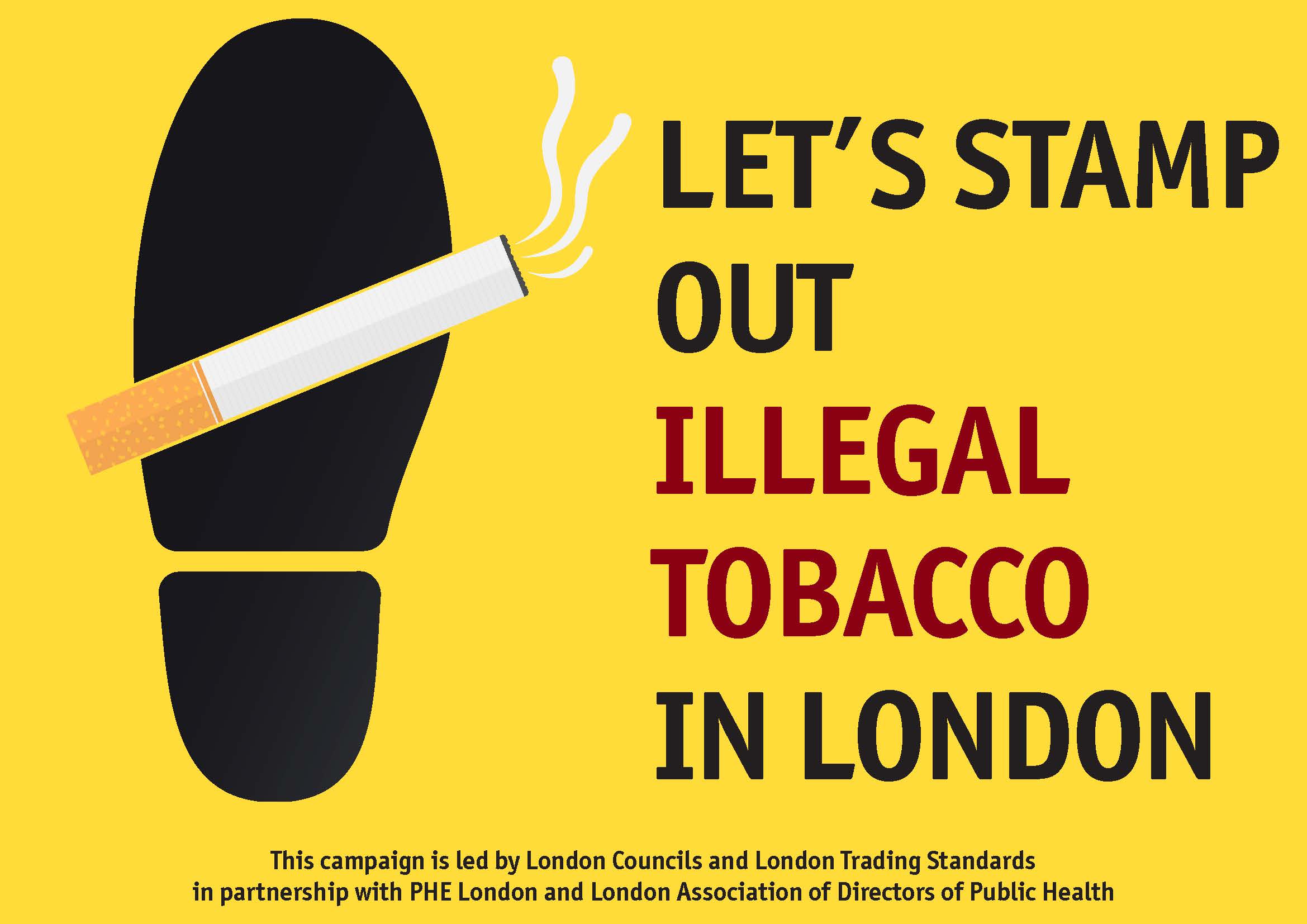 Illegal tobacco roadshows will take place in the following locations during the campaign:

Stalls will be held at the following location: