Over 21,000 illegal tobacco products have been seized in a series of raids across 11 London boroughs, in a campaign led by London Councils and London Trading Standards in partnership with public health professionals.

Contraband tobacco was seized from homes, shops and market stalls in raids across London, including Camden, Royal Greenwich, Islington and Merton.

Sniffer dogs trained to detect illegal tobacco were vital to the success of the raids.

London Councils, London Trading Standards and the Association of Public Health Directors  (ADPH) for London launched a campaign aimed to stamp out illegal tobacco sales in the capital over the summer.

Alongside the raids, the campaign involved running a series of roadshows to raise public awareness of the negative impact of supporting the illegal tobacco trade, offer advice on how to identify illegal tobacco and provide support to smokers trying give up the habit.

A major problem with illegal tobacco is that its relative cheapness makes it easier for young people to take up the habit and can thwart attempts to quit. In a survey of over 500 people across London, 82 per cent of respondents agreed that cheap tobacco makes it easier for children to start smoking.

Another threat illegal tobacco poses relates to its links with organised crime. Money generated by sales is often used to fund other criminal activity. The unregulated nature of illegal tobacco sales also means that there are no safety standards for ingredients used which may pose additional health risks. 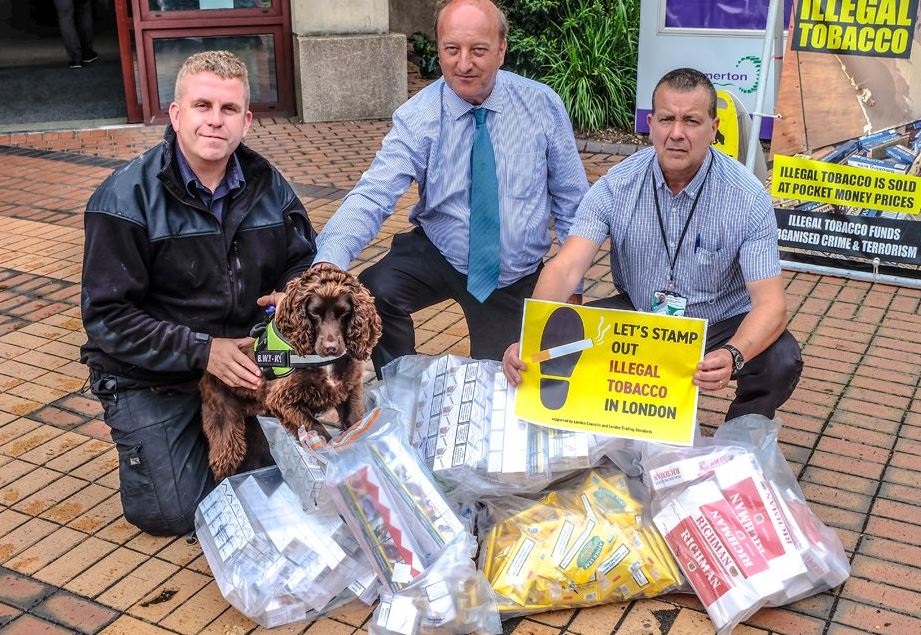 “We are pleased that London boroughs have united to take action against the illegal tobacco trade and have seized more than 21,000 contraband products. As well as deterring the sale and distribution of these products by carrying out raids, boroughs have also equipped people with the knowledge to make informed choices about illegal tobacco.

“The majority of Londoners are willing to take an active role in the fight against this illegal trade when they understand how it encourages young people to start smoking and undermines the attempts of people trying to quit smoking and pursue a healthier lifestyle.”

“Trading Standards right across London see illicit tobacco as a high priority area.  The campaign during the summer was a great opportunity to take further enforcement action, gather intelligence but also to develop further partnership working with colleagues in Public Health.  The work to tackle illicit tobacco goes on all year round and anyone with information about people selling it can contact Trading Standards”

“Smoking remains amongst biggest drivers of preventable early death in London. Easy availability of illegal tobacco is one of the reasons why smoking levels are higher and health is poorer in the more deprived parts of London. We want to stop children starting a habit that will affect their lifelong health. Cheap illegal tobacco makes it easy for children to start smoking and the more that we do to reduce its availability the better.”

Notes to Editors:
If you have information about the sale about illegal tobacco products or would like to know more please call the helpline on 03454 04 05 06.

Download the details of the raids and survey results:

Details of roadshows and enforcement activity

Photos from the roadshow:

Sniffer dog at the roadshow

More photos are available on request