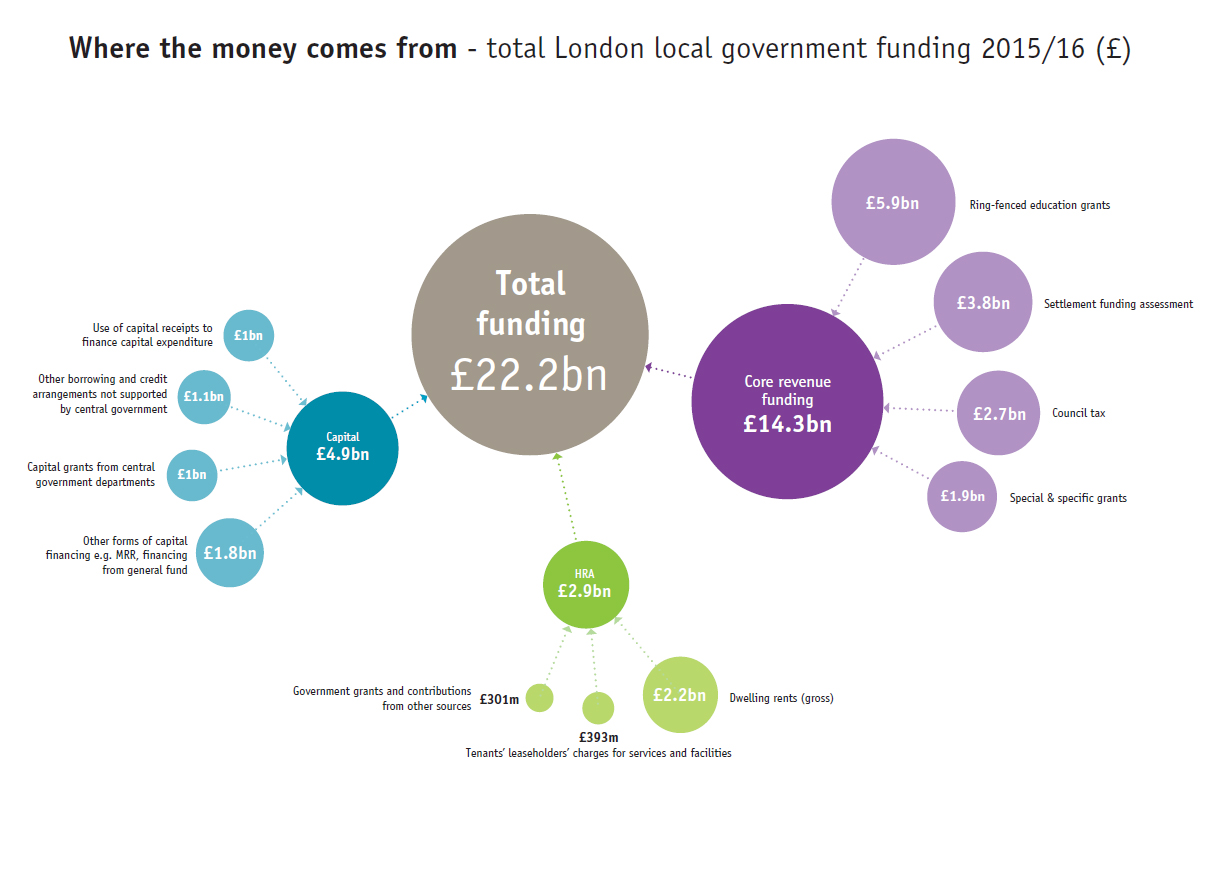 London boroughs’ capital funding totals £4.9 billion in 2015-16. Of this, £1 billion is funded through capital grants from central government departments and a further £1.8 billion from other sources such as the Major Repairs Reserve (MRR).  Other borrowing not supported by central government represents £1.1 billion and capital receipts make up £1 billion.

Total Housing Revenue Account (HRA) funding in London is equal to £2.9 billion. Dwelling rents make up a substantial proportion of this (£2.2 billion) with tenants’ leaseholders’ charges for services and facilities (£393 million) and government grants and contributions from other sources (£301 million) making up the remainder.

The largest area of revenue expenditure is education (£6.9 billion). Adult and children’s social care together represent £2.2 billion of total expenditure.

Capital expenditure is divided between £2.3 billion of spending on Non-HRA; 1.2 billion on education; around £521 million on transport; and just over £902 million in other areas.

Of the £3 billion spent on the Housing Revenue Account, around £807 million is spent on Supervision and management, while Repairs and maintenance account for almost £530 million. A further £1.6 billion is spent in other areas within the HRA.