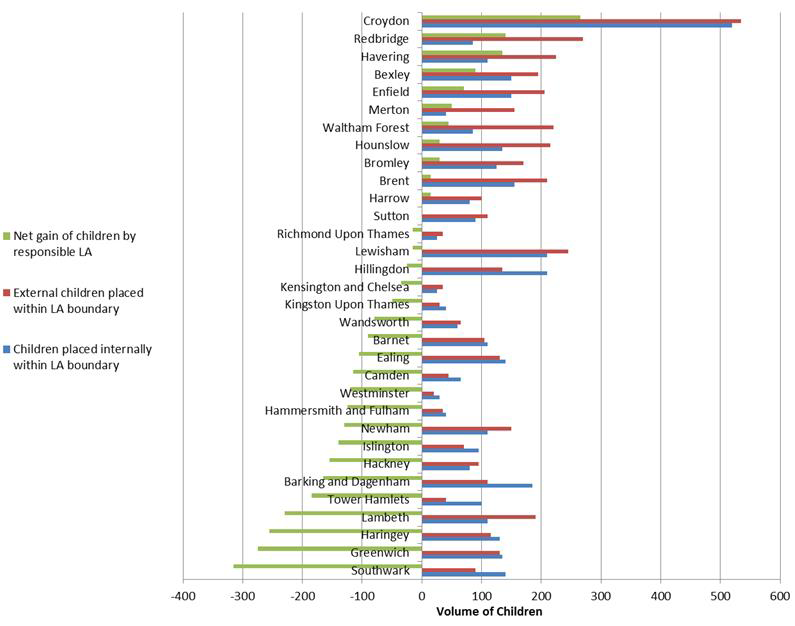 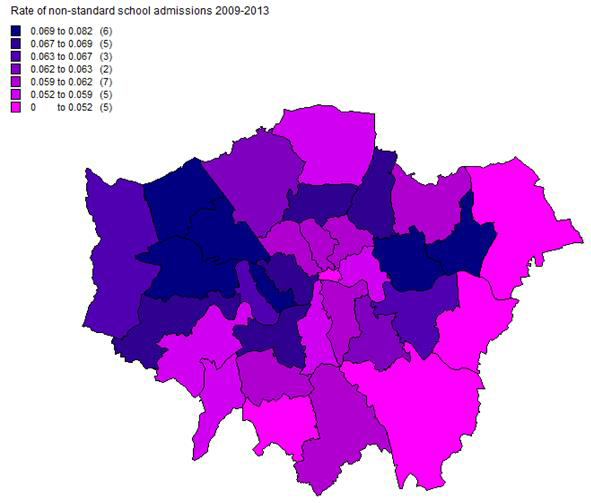 Trends of pupil mobility in terms of non-standard school admissions (in-year admissions) play out differently to the broader migratory trends of young people. Over a five year period between 2009/10 and 2013/14 pupil mobility in both inner and outer London was about 20 per cent higher than other regions. Northwest and west London (including Brent, Harrow and Ealing) and pockets of east London (Newham and Barking & Dagenham) have experienced the highest rate of non-standard admissions throughout this period. Broadly rates south of the river have remained lower, although not without variation between boroughs.

Trends speak of a pupil population in flux; the pressure on school places coupled with highly mobile households means that young people are being subjected to increasing cross-boundary and long-distance school commutes. Crucially, these flows are not simply following lines of affordability, but rather are a complex product of multiple variables, not least, school capacity. It is, therefore, unclear how faithfully these trends reflect residential mobility.