Call for policies that lead to affordable housing in London

Government projections suggest that the number of new homes that need to be built every year to accommodate new households in the capital is 56,000. In recent years London has seen less than half of these numbers being built. 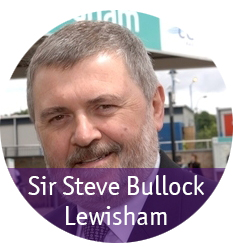 said Mayor Sir Steve Bullock, Executive Member for Housing at London Councils, which represents the 32 London Boroughs and the City of London.

The Queen’s Speech stated that ‘legislation will be introduced to support home ownership and give housing association tenants the chance to own their own home’. Key proposals to support this included a requirement for local authorities to sell high-value council houses, the proceeds of which would be used to fund the extension of right to buy and the building of replacement affordable homes in the area. In addition, there are proposals to support new housing on brownfield land and discounted homes for first time buyers.

‘In London where even the most modest homes sell for hundreds of thousands of pounds this may eventually lead to nearly every council property in some parts of the city being sold,’ said Mayor Bullock.

‘In the short term this will mean there are fewer affordable properties available to let to families on council waiting lists and in temporary accommodation across London. In the longer term, it could make it harder for Housing Association to build extra properties. Even boroughs that have ambitious building programmes may find that it becomes uneconomic to do so if the new homes have to be sold before anyone on the waiting list has a chance to live in them.’

‘In the context of an acute shortage of housing we would be very concerned about any overall loss of affordable housing or housing funds from London. We are still awaiting the detail of the Government’s housing policy but what is already clear is that it will need to be carefully designed to ensure that it helps to increase the number of homes for Londoners, and that it does not create perverse incentives which might actually decrease the number of new homes being built. We will work with the Mayor and other partners to make sure the Government’s housing policy works for Londoners,’ concluded Mayor Bullock.

Borough leaders agreed to four tests for the Government’s new housing policy, that it must: